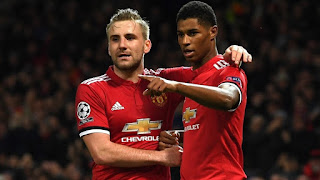 It would have been the most monumental accumulation of strange results if Manchester United miss out in Group A, but technically CSKA Moscow couldn’t win by three goals, though a goal by Vitinho at 45 minute was for Moscow to see if they can beat our imagination but then at second half Manchester United out scored Moscow under the space of 2 minute 2 goals with goals coming from Lukaku at 64minute and Rashford at 66minute.
This saw united unbeaten run at home since the beginning of the season clean, though I was strongly fancying United to have this game in the bag by half time so they can sub off some key players in the second half ahead of Sunday’s big game with Manchester City. But Mourinoh men play a different style though still have the game at the second have winning 2-1 and topping the table.