EVERYTHING YOU NEED TO KNOW ABOUT EUROBASKET BALL AND FIBA TOURNAMENTS 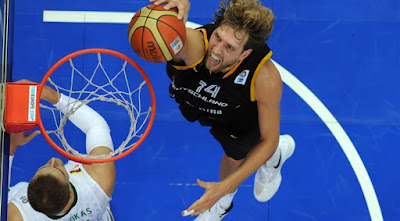 The Eurobasket tournament brings top basketball athletes from around the world to compete in basketball competition every 2 years (after the 2017 games the Eurobasket tournament will move to be held every 4 years). Basketball was only invented in the late 19th century but by 1935 it had become immensely popular with a fanbase, international rules and a berth in the International Olympic games.
The Eurobasket tournament was designed to bring basketball competition to worldwide attention through national and international tournament games. Today the FIBA Eurobasket championship rivals the World Cup as a “can’t miss” event for sports enthusiasts. FIBA The FIBA was established in 1935 to bring cohesive organization to the game of basketball. FIBA – the International Basketball Federation — is an association of national basketball organizations. It governs international basketball competition through rules and tournament play.
In the early years FIBA was comprised of only European teams but today FIBA encompasses 213 national teams from around the world. FIBA zones include: – Asia – Europe – Africa – Oceana (New Zealand and Australia plus countries in that region) Americas The games involve qualifying games in which teams compete against other teams within their zones and then the international games in which teams vie against teams from other zones. Slowly, the number of qualifying teams is reduced until the last qualifying teams meet in the finals. FIBA games were once only for amateurs but, as of 1989, professional basketball players are allowed to participate.
There are both professional and amateur levels in the championship games. FIBA games are some of the most admired games for online bettors. Sportsbooks and online betting sites accept bets on the FIBA games which parallel other online casino games in popularity among high rolling and casual gamers alike.
Updates for Upcoming FIBA Games In 2015 the European Leagues to amend accept new FIBA rules. The new rules include: – eliminating barriers for the participation of players in the national team which neither prevent or limit the release of players to national team competitions. – expanding visibility of national teams in their home countries – expanding the period of time in which national team competitions could take place (above and beyond the previous limits of August nd September) – Creating a simpler qualification system across FIBA’s Regions – Creating a lead-up to the national team competitions by eliminating long periods of time between games – Expanding development potential for National Federations so that new countries would have more of a chance to win major competitions – Developing further ‘home grown players’ by allowing teams to change their pools for every window of the Qualifiers. – Developing a new calendar to ensure more participation of NBA players in the main tournaments, specifically the FIBA Basketball World Cup, the Continental Cups and the Olympic Games. The ‘one-tournament-every-summer’ format which had previously been in place prevented many competitors, including NBA players, from participating in the games.
World Cup European Finals The next big games are the World Cup European Finals. There is much excitement as the qualifying teams prepare to compete in these games. Other recent European Basket ball new: Kieron Achara Kieron Achara of Great Britain is already preparing for the 2019 World Cup European Qualifiers. Achara served as team captain at the FIBA EuroBasket 2017.
He and is looking forward to the start of the new-look international windows. His team opens Group H in Leicester against Greece on Game Day 1. Then, they embark on three road trips before engaging in back-to-back home games at Glasgow’s Emirates Arena in the summer of 2018.
Tony Garbelotto will be taking over the coaching reigns from Joe Prunty and Achera is excited. “Tony brings a whole new level of passion,” he said. “He is very passionate about the development of British Basketball and has a lot of charisma. I believe he will make sure we stay competitive.” The team is optimistic and expects to turn those performances into results, learn from the experiences and take those new skills to the World Cup games. Korea Korea has finalized its roster for the Asian Qualifiers.
Among the surprises was the inclusion of Kim JongKuy who was injured in October. Fans worried that his ankle injury would sideline him for the Asian Qualifiers but he has recovered quickly and, coach Hur Jae says, is ready to play.
Another exciting player who will be joining the Asian Qualifiers is Kim Sirae who will be working to overcome his own injuries. “I have not been able to play for the national team in the past due to injuries, but this time, I will do my best for Korea,” Sirae said. “The KBL is different from international competition.

I do not know how much time I will play, but I would just like to take advantage of this chance and help the team.” The Eurobasket games continue to get more exciting.
">
ADVERTISEMENT
Previous Post

FOOTBALL PLAYERS THAT DIDN'T PLAY FOR THEIR NATIVE COUNTRY

FOOTBALL PLAYERS THAT DIDN'T PLAY FOR THEIR NATIVE COUNTRY