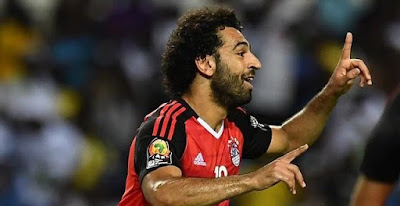 Liverpool winger Mohamed Salah has donated 30,000 Euros to the Association of Veteran Egyptian Players. Former Egypt midfielder Khaled El-Ghandour, who is now a radio host, revealed that Salah has made the kind gesture which will help provide support for around 120 families in his homeland.
It’s the latest generous act by Salah, who back in October turned down the offer of a luxury villa as reward for firing Egypt to the 2018 World Cup. Instead he asked businessman Mamdouh Abbas to make a donation to his home village of Nagrig instead.
Salah has never forgotten his roots. He has previously paid for a special unit at the local hospital as well as gym equipment for the community centre and an all-weather pitch for youngsters to play on. Liverpool’s 21-goal top scorer is set to be crowned the Confederation of African Football (CAF) Player of the Year next week.
Salah and team-mate Sadio Mane are expected to attend next Thursday’s awards ceremony in Ghana. They are joined on the shortlist by Borussia Dortmund striker Pierre-Emerick Aubameyang.
">
">
ADVERTISEMENT
Previous Post