Liverpool forward Mohamed Salah was voted PFA Men’s Player of the year. The player of the moment who has brought a new goal banging dimension in the game contribute 54 goals to Liverpool in a competition scoring an impressive 43 goals and 11 assists in 49 appearances in the ongoing campaign.The terrific forward is also leading the EPL golden boot chart. And also on course to break the 31 goals in a particular jinx previously held by Cristiano Ronaldo, Luiz Suarez, and Allan Shearer after equalling the record in last week 2-2 draw against Westbrom scoring the first goal.

Manchester City pacey winger Leroy Sane wonderful season has been recognized by peers and was voted the PFA Men’s young player of the year after an amazing season with invincible City helping the Citizens to Carabao Cup and the domestic league glory. The 21-year-old young German contribute 27 goals, scoring 13 goals and further providing 14 assists to fire his side to the title with four games to spare.

The 24year-old has netted 22goals in all competitions so far this term. The speedy forward has been an inspiration for the impressive blues. Kirby was one of the five players from the unbeaten Women’s Super League Leaders Chelsea to be shortlisted for the award, with Millie Bright, Ji So-Yun, Maren Msedde and Ramona Bachmann joining her and Manchester City’s Jill Scott.

17year -old Lauren Hernp was voted the PFA Women’s young player of the year. The Bristol City striker has been impressed with her skills for Bristol City in the FAWSL

The former playmaker who played for West Brom and Coventry died of a heart attack in January aged 59. The news of his death was heartbreaking. He earned five England caps and helped Coventry win the FA Cup in 1987. He’s a pioneer for black players making his breakthrough at a time when racist attitudes were common in British Football and Society. The diadem was received by his friends and family. 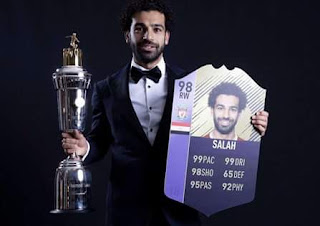 How to Crack Your Modem to a Universal Modem

31 Animals names in Ibibio and their meaning

WHO YOU MARRY IS VERY IMPORTANT