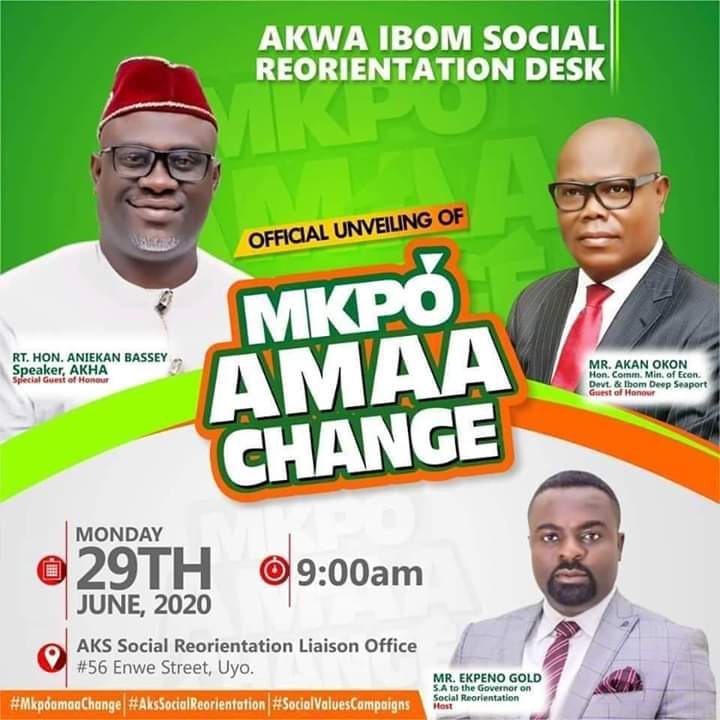 The ‘Ame nwod’ Crooner will be joined by other artistes like Leki and LJ, for the one hour event holding at the Akwa Ibom Social Reorientation Liaison Office, 56 Enwe Street, Uyo.

The official unveiling of the ‘Mkpo Ama Change’ brand, according to the Special Assistant to the Governor on Social Reorientation, Mr Ekpeno Gold, is expected to be performed by the Speaker of Akwa Ibom State House of Assembly, Rt Hon. Aniekan Bassey who will also formally open the Akwa Ibom Social Reorientation Liaison Office.

The Speaker will be joined by the Commissioner, Ministry of Economic Development and Ibom Deep Seaport, Mr Akan Okon as the Guest of Honour.

Gold pointed out that ‘Mkpó Amaa Change‘, is an attitudinal, moral and mental repositioning dogma, inspired by the Dakkada Philosophy of Governor Udom Emmanuel.

He said the initiative, though apolitical, will be used to showcase the achievements of the current administration in Akwa Ibom State and will henceforth be the umbrella platform for campaigns against rape, defilement, child abuse, vandalism, drug abuse, cultism and other violent crimes championed by the Akwa Ibom Social Reorientation Desk. 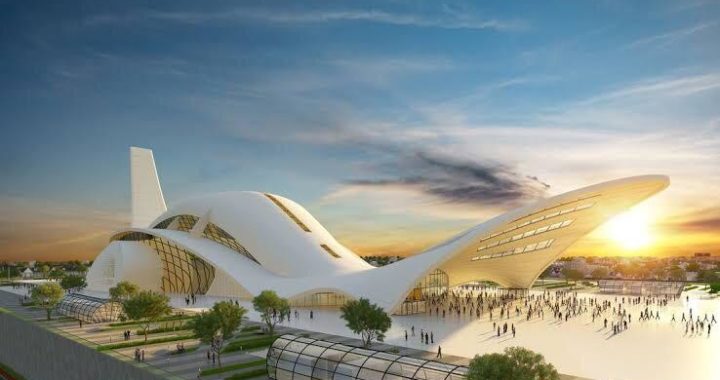 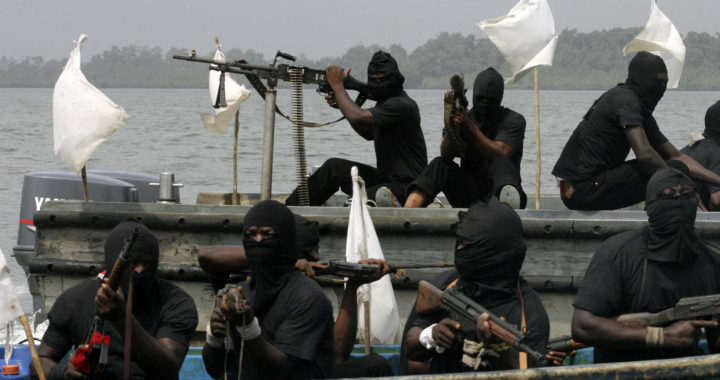 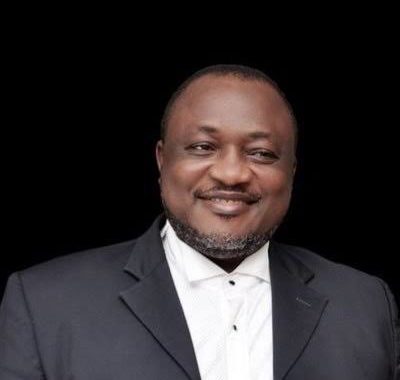 MARGINALIZATION CLAIM: THE FACTS AND FICTION ABOUT ORO NATION 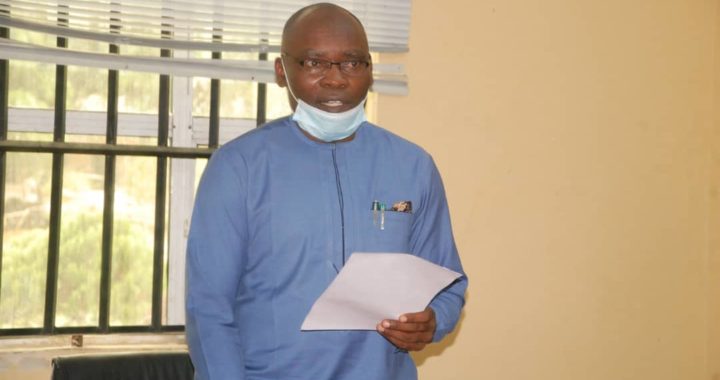 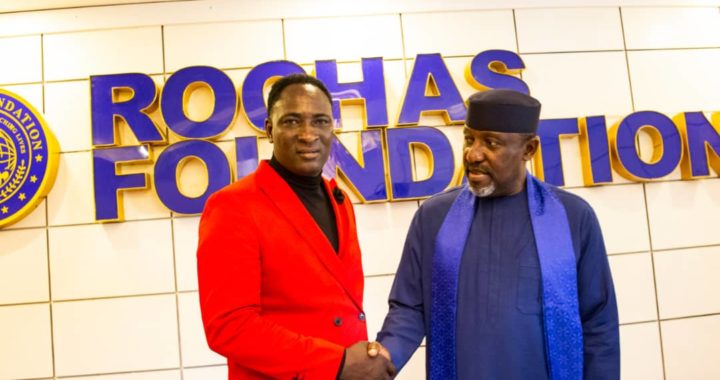 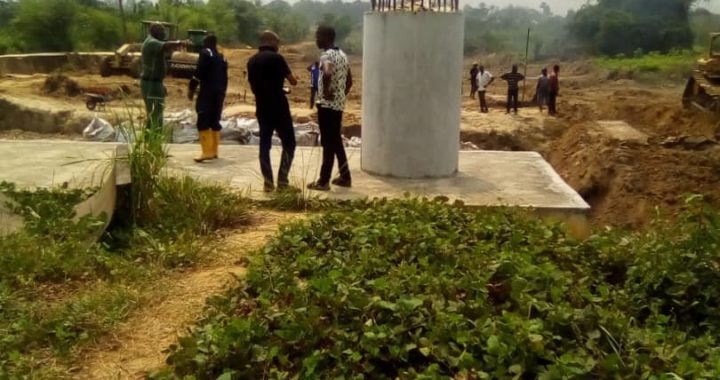 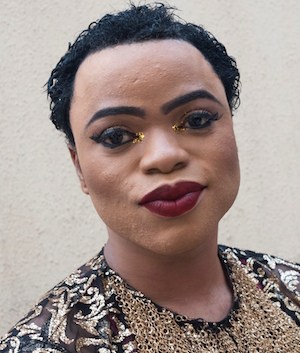 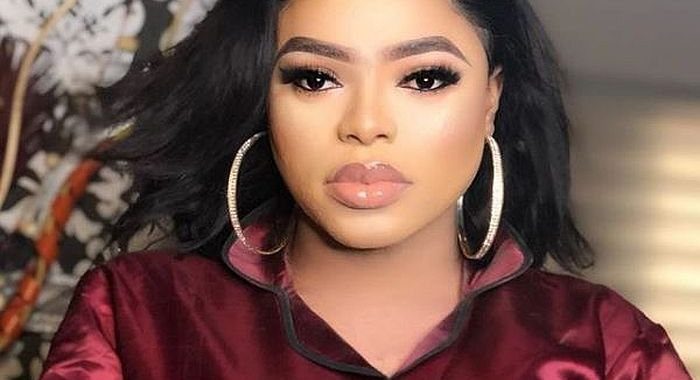 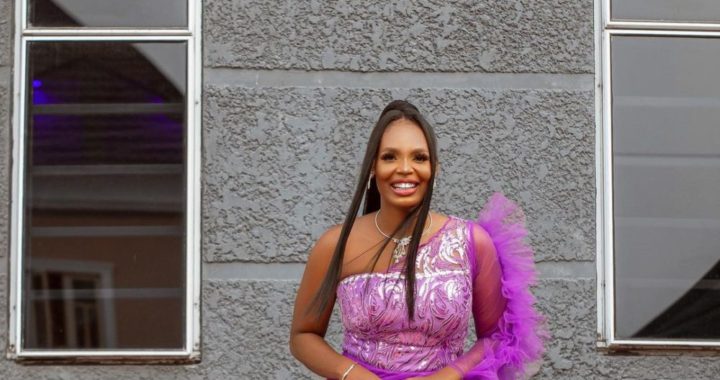