by admin
in News
0

Pandemonium broke out earlier today in Salvation road, Opebi Lagos State following the crash of an helicopter into a private residence.

Emerging report from the scene of the incident have it that two members aboard the crashed helicopter have lost their lives while the third person is critically injured and rushed to the nearest clinic in the area. The dead bodies have been deposited at the mortuary according to report.

Also, the Lagos State Emergency Services are on ground to evacuate the remains of the crashed helicopter.

A tweet on the Lagos State Police Command Tweet handle @rrslagos767 reveals that State Commissioner of Police, Hakeem Odumosu alongside Commander RRS, Olatunji Disu, other police officers and emergency responders visited the scene of the accident.

SEE PHOTOS FROM THE SCENE: 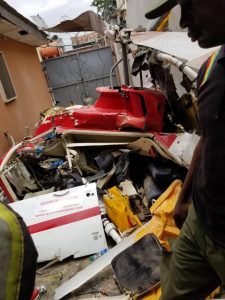 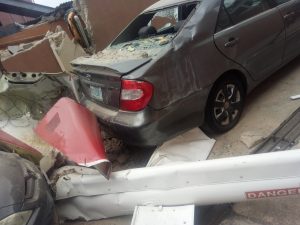 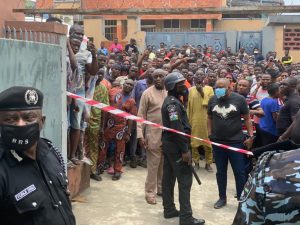