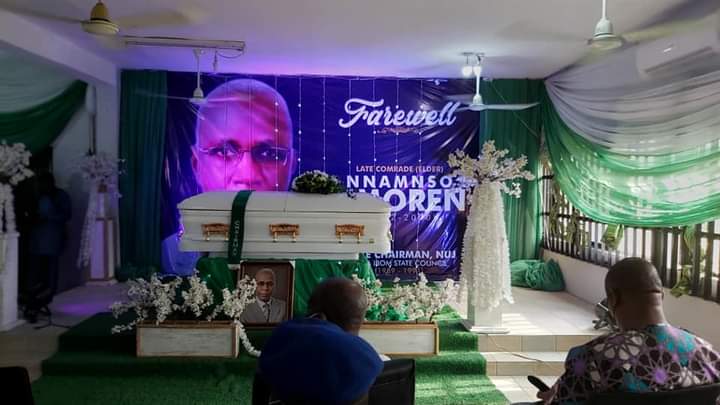 The Nigeria Union of Journalists, NUJ Akwa Ibom State Council on Friday paid their last respect to a veteran journalist, late Elder Nnamso Umoren by honouring and holding lying-in-state at the chamber of the Press Centre, Information Drive, Uyo.

The ceremony which was a mark of honour for the late veteran and astute member of the Union attracted the presence of the Deputy Governor of Akwa Ibom State, Mr Moses Ekpo, Commissioner for Information, Comrade Ini Ememobong, Head of Civil Service, Elder. Effiong Essien; Past Chairmen of the union, State Working Committee of the Union, Members of NAWOJ, colleagues, friends family and sympathizers.

Speaking at the ceremony, the Deputy Governor, Mr Moses Ekpo described the late Umoren as a man who eased workload for members of his team, a stoic leader, an excellent leader of the Union and a fine gentleman to the core.

He noted that late Umoren will be greatly missed particularly his contributions in the media space and all he stood for.

Other speakers at the event showered glowing tributes and prayed for the peaceful repose of the soul of the late wordsmith as he will be committed to mother earth.

Shortly after the lying-in-state, the remains of late Umoren was moved in a convoy to Qua Iboe Church, 2 Abak road for the commendation service while the interment will hold at the Ibom Cenotaph, Unity Park along Udo Udoma Avenue, Uyo. 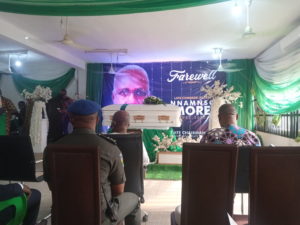 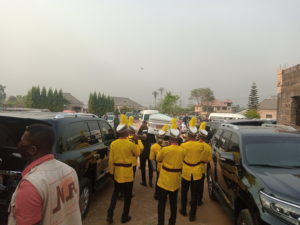 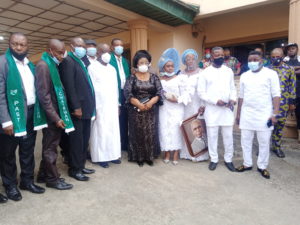 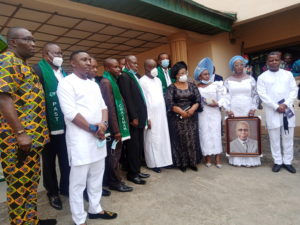 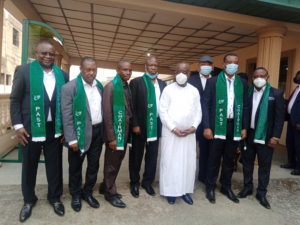 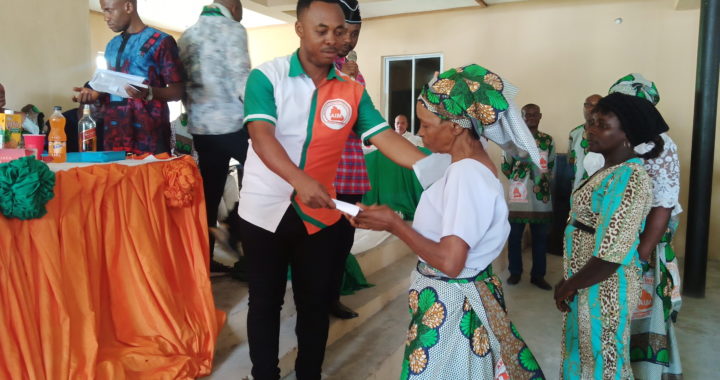 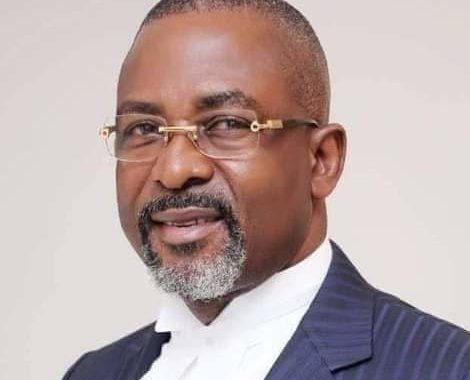 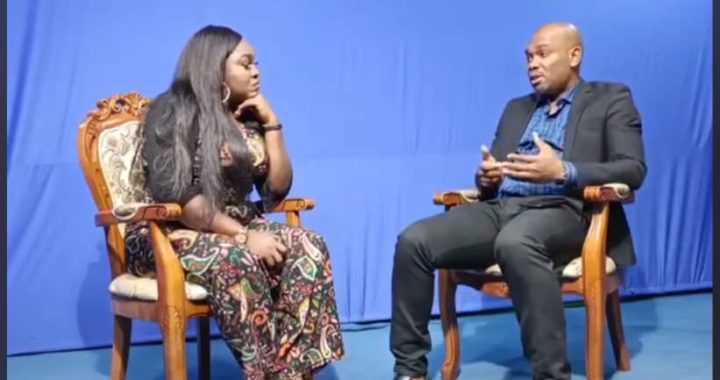