by admin
in News
0

He has therefore tasked parents to envision building families that will serve the purpose of fundamental character molding for their children.

The Akwa Ibom State Governor made the call while speaking at the wedding ceremony of Miss Sylverline Basil and Mr. Felix Ekuri, his Special Assistant on Grassroot Mobilization, at Uyo Cathedral of the Presbyterian Church of Nigeria.

He congratulated the new couple on their marriage and charged them to make God the centre of their family life.

He enjoined them to live well and take seriously, the responsibility of raising children who will in turn impact the society positively.

Governor Emmanuel decried the current trends in which people expend a lot of efforts in preparing for wedding ceremonies but pay little or no attention to the burden of responsibility marriage presents.

According to him, the strange dimensions of mischief in recent times cannot be unconnected to such neglects.

He added that the discipline that existed in families then, put children under pressure to succeed, either by formal education or craft, but now, parent tend to off-take the responsibilities of life off their children. This, he said, does not augur well for the society.

“As parents, all of us have a burden. We have a lot of role to play. I wish parents could do a lot more. We are beginning to see strange things happening around the globe, everyday, everywhere, not only in Nigeria.

“Unfortunately, at the end of the day, the easiest person to be criticized happens to be the person in public service, the governor. In our days, if your parents can afford to put you through the university, they’ve finished with you, they take up another child.

“It’s your duty to get a job and make sure you don’t disappoint your parents. Unfortunately, these days, things are changing. We’re seeing a situation where even the job application after a child finishes university is written by the parents”, Governor Emmanuel lamented.

The Governor urged parents to go back to the family template where children were raised to see themselves as being responsible for their successes and owing their families a duty to make them proud, maintaining that responsible parenting remains a panacea to societal ills.

In a homily drawn from Genesis chapter 8, on the topic, “Couples on Assignment”, the Minister-in-Charge, Dr. Theophilus Bassey, described marriage as a ministry and the couple, as people on assignment to raise glorious children, adding that anyone undertaking such assignment will be under pressure to ensure they make the best out of it.

According to the cleric, for these to be realized, married people need to depend on God for guidance and help, have a mentor worthy of emulation and learn from successful marriages. 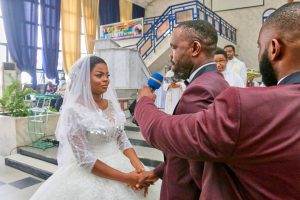 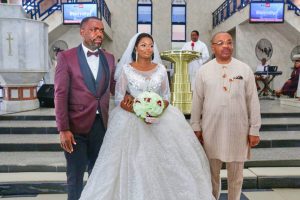 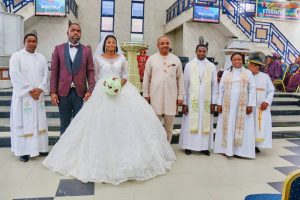 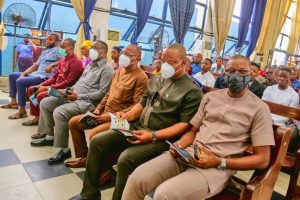 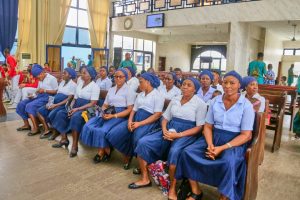